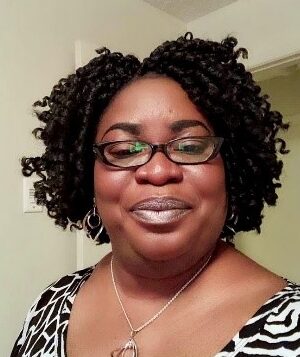 She graduated from the University of Ibadan in 1992.

Olufunke relocated to Canada in 2003 and began her career working with the vulnerable population.

Olufunke has worked extensively with women who are homeless, dealing with addiction issues and domestic abuse for more than a decade.

She worked for the YWCA of Toronto, The Redwood Women’s Shelter, Christie Ossignton Women’s Shelter and Nellies Women’s Shelter all in Toronto Ontario Olufunke relocated to Calgary in 2008 and has since worked with The YWCA of Calgary till date, where she continues to support women and the issues that concern or impact women in the world we live in.